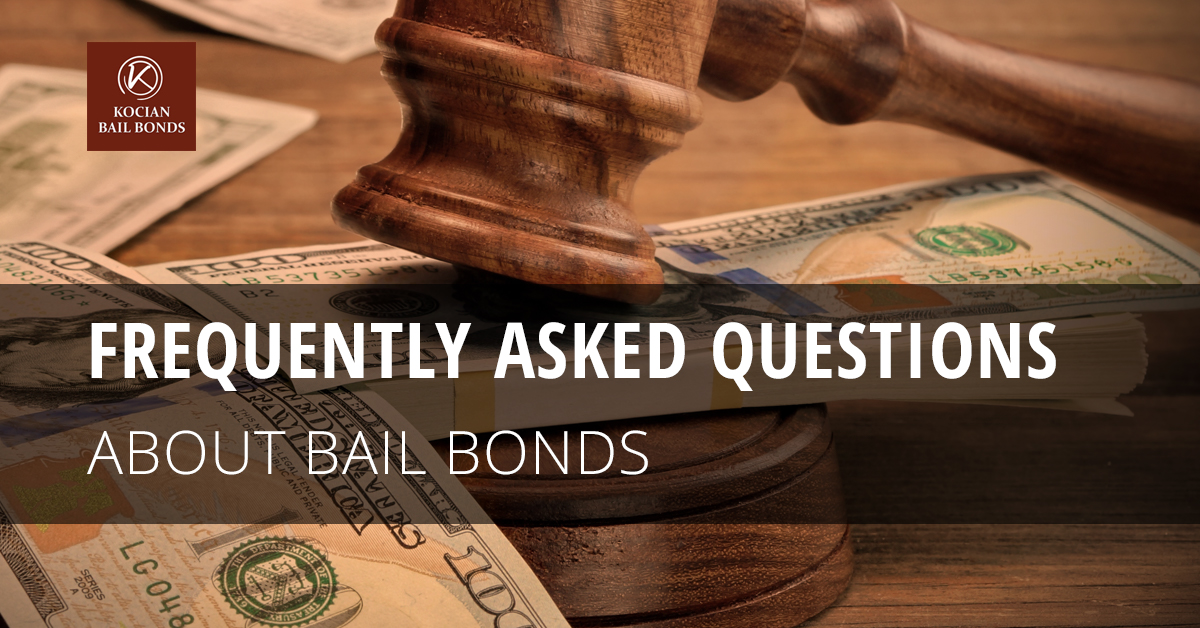 Here at our bail bonds office in Waco, we’re always providing lots of answers to some of the most common questions that people have regarding the process of getting out of jail. When you or someone that you care about is arrested, it’s normal to not immediately know what to do or how to react. Most people usually take to the internet to get information on how the process usually works.

1. What is the Booking Process?

Though the booking process might vary slightly from one jurisdiction to the next, it will generally follow some versions of similar steps. Vital information will be recorded, a mug shot will be taken, clothing and personal items will be confiscated, fingerprinting will be done, a full-body search will be completed, a check for warrants, and a health check will be done, and incarceration will follow until bail is completed.

Bail is the release of an accused individual on a temporary basis. It is made through a payment of money or property that’s put up as collateral or a surety that the accused will attend all court dates. If the accused fails to appear on court dates, that money is forfeited to the court.

3. Can You Bail Yourself Out of Jail?

If the incarcerated individual is able to afford the price for bail at the time of their arrest, they may be able to bail themselves out of jail and be the only cosigner. This is often extremely difficult because a cash bail is, obviously, required to be paid in cash, and the full amount is needed for the conditional release of the accused. When someone isn’t able to get the cash bail together, they’ll often call a Waco bail bondsman.

4. Do You Get Your Money Back When You Post Bail?

This is a question that many friends and family members of accused individuals often have at some point during the bail payment process. While getting the bail money back isn’t always guaranteed, if the accused was faithful to appear to each of their court dates, there is a good chance that bail will be returned minus a small amount for fees. In some cases in which the accused is found guilty, some or even all of the bail money might be required to pay for excessive court fees. There are many variables that go into getting bail money returned to you; your best bet is if the defendant shows up to each court date.

5. How Long Does it Take to Get Bail Money Back?

When you’re bail money is returned to you, it can sometimes happen in as little as a couple of weeks. However, in some cases, bail money can take up to six weeks or longer to be returned. When it does take this amount of time or longer, it might be a good idea to reach out to the court to inquire about it. There are definitely factors that will impact the amount of time it takes to get your bail money back, such as the status of the court case, the method of the posted bail, and any additional factors.

6. How Much Money Do You Need to Bail Someone Out of Jail?

The amount of money needed for bail depends on a number of different factors. For cases in which the criminal offense is extremely violent or seen as particularly unsettling, the bail amount might be set fairly high. Other times, when the accused is seen as a potential flight risk, when they have a history of missing court dates, or when other factors apply, the bail amount might also be higher. According to the Eighth Amendment, a judge can’t post an excessively high bail amount in an effort to raise money or to punish the accused. That being said, bail amounts may be high for a number of other factors.

7. How Much Money Does a Bail Bond Cost?

This is a tough question to answer because the price of a bail bond is always dependent on the amount at which the judge set bail. In general, the purchase price of a bail bond is about 10 percent of its value. Meaning that if your bail is set at $10,000, you can usually expect to have to pay around $1000 for the price of the bond. Some states, jurisdictions, and bail bond offices differ on this number, but it’s usually somewhere in this ballpark. A bail bond is an awesome solution when you won’t be able to come up with the full amount of money needed for bail.

8. Can Someone Be Bailed Out of Jail After Being Sentenced?

As much as we’d like to say yes, the simple answer to this question is no. Once someone has been sentenced to serve jail time, they are required to fulfill that requirement. Bail only applies to the time that the accused is awaiting trial or sentencing. If they’ve not yet been sentenced, getting out on bail probably still applies, as long as the judge has set a bail amount.

9. Can a Bail Bondsman Find Out if You Have a Warrant?

As we quickly mentioned in the above section, there are a number of factors that can influence a judge’s decision to make the bail amount what it is. Things that are likely to be influential in the bail amount are the defendant’s criminal record, a track record of attending court dates, the nature of the crime of which they’re being accused, whether or not they have close relatives or ties to the community, and more.

11. Would Someone Ever Be Refused Bail?

Yes. Certain individuals who are considered a flight risk, have a long criminal record, violated parole or missed court dates in the past, or have been accused of committing a crime that is particularly violent or heinous in nature might be refused any opportunity for bail at all.

12. Are There Different Kinds of Bail Bonds?

There are a number of different options for bail bonds if a cash bond isn’t an option for someone. Our Waco bail bondsmen work with people all the time who need other options for paying bail. We have transfer bonds, felony bonds, indictment bonds, misdemeanor bonds, and probation revocation bonds. To speak to one of our bail bondsmen here in Waco, contact Kocian Bail Bonds today!

The money paid through bail is held by the court as collateral so that the accused appears at all court dates and scheduled meetings. Once that process is over and all dates have been made, the money is usually returned to whoever paid it, minus fees for processing and such.

14. Why Would Someone Need a Bail Bondsman?

Thank you for reading some of our most frequently asked questions here at Kocian Bail Bonds! We know that the process of getting someone out of jail can be complicated and even frustrating. If you have any additional questions, please don’t hesitate to reach out to our Waco bail experts! We’d love to help you with any step of the process.